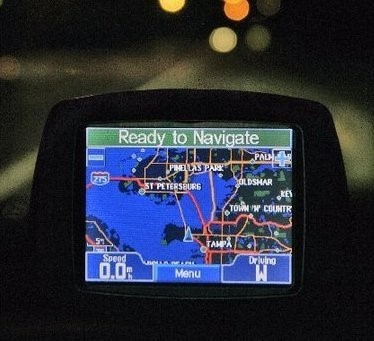 GLOUCESTER COUNTY NJ  — Beware, all you cheating husbands and wives.

The use of a GPS device to track your whereabouts is not an invasion of privacy in New Jersey, a state appellate court panel ruled.

Based on the battle of a divorcing Gloucester County couple, the decision helps clarify the rules governing a technology increasingly employed by suspicious spouses — many of whom hire private investigators.

“For the appellate division to say that it’s not an invasion of privacy is a wonderful thing for the private investigation business,” said Lisa Reed, owner of LSR Investigations in Flemington. “It’s been something we’ve been haggling over for some period of time.”

“We only use it when we are sure we have the appropriate conditions,’’ Reed said, noting that investigators make sure GPS devices are installed in cars on public streets and not private areas, and that the spouse must have some legal or financial connection to the car.

After Villanova evaded Leonard, who was following him, on several occassions, he recommended that Villanova’s wife buy a GPS tracking device. She put it in the glove compartment of the GMC Yukon-Denali, which they both owned but was primarily driven by Villanova, the court papers said. It was in place, undetected, from July 14 to Aug. 24, 2007.

Two weeks into the GPS tracking, Leonard found Villanova leaving a driveway in his car with a woman who was not his wife, the decision said.

Villanova initially sued his wife for invasion of privacy and tried to include Leonard in that case as well. Villanova eventually dropped the claim against his wife in the divorce settlement but pursued his suit against Leonard.

Villanova claimed the tracking device invaded his privacy and caused him ”substantial and permanent emotional distress,” though the appellate judges noted he sought no medical treatment or advice.

Appellate Judge Joseph Lisa, Jack Sabatino and Carmen Alvarez said Villanova had no right to expect privacy because the GPS tracked his movements on public streets.

“There is no direct evidence in this record to establish that during the approximately 40 days the GPS was in the … glove compartment the device captured a movement of plaintiff into a secluded location that was not in public view, and, if so, that such information was passed along by Mrs. Villanova to (Leonard),” Lisa wrote.

Leonard’s attorney, Marc Pakrul, said he was pleased with the ruling. Villanova’s attorney, Charles Sprigman Jr., did not return a call seeking comment.

GPS doesn’t just track cheating spouses. Private investigators use it to keep tabs on the subjects of insurance fraud investigations, background checks and child custody cases, Mesis said. “The tracker’s not doing anything different than what a person in a car would be doing,” he said.

We are ready to listen and help!